After the recent Comedy Central roast of actor James Franco, Sarah Silverman admitted to having her self-esteem take a hit as the roast devolved into jokes about her "advanced" age. She discusses her reaction during an interview on W. Kamau Bell’s Totally Biased.

"Me being old, first of all, at the roast? — completely took me by surprise … Because it's personal, that is just so woman-based. I wasn't even the oldest one on that dais. I'm the same age as fresh-faced new star W. Kamau Bell! I feel like it's a part of, as soon as a woman gets to an age where she has opinions and she's vital and she's strong, she's systematically shamed into hiding under a rock. And this is by progressive pop-culture people! You know what I mean? It's really odd! I feel bad that it cut me. Because I should be like this about it (brushing her hand off her shoulder). I feel like your joke is that I'm still alive. My crime is not dying.

And I feel like, I just did this special and it made me think of something I said, which was — to so many women, especially when I watch Real Housewives — (muffled, through gritted teeth) which I watch, I wish I didn't, but I do — I just want to say, 'Your heartbreaking attempts to look younger is the reason your daughter doesn't dream about her future!'" 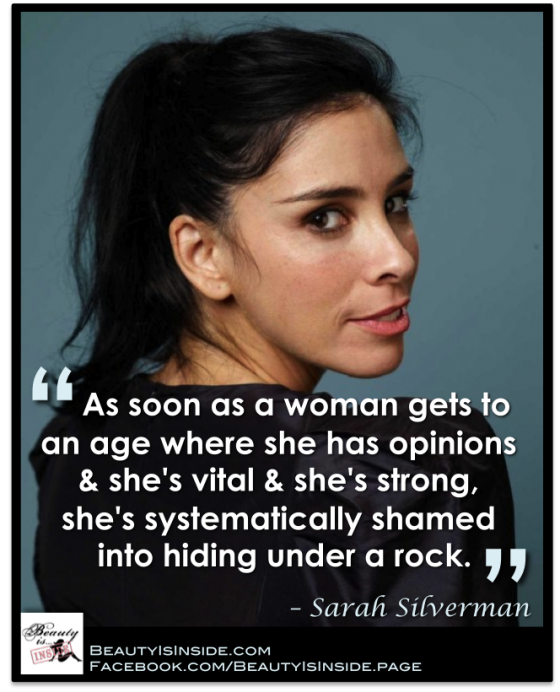