Here's an old school response to sexism that unfortunately is still relevant today.

"A lost D.H. Lawrence essay in which the famed author issued a major takedown to a misogynistic contemporary has been found in a library in New Zealand."

Lawrence was the author of classic novels such as Lady Chatterley's Lover and Women in Love. Regarding the newly-discovered essay:

"Lawrence wrote the piece some time in late 1923 or early 1924 in response to an essay published in Adelphi, a literary magazine ... That essay, which ran under the byline 'JHR,' was a viciously misogynistic treatise called 'The Ugliness of Women.' Its author argued that 'in every woman born there is a seed of terrible, unmentionable evil: evil such as man — a simple creature for all his passions and lusts — could never dream of in the most horrible of nightmares, could never conceive in imagination. ... No doubt, the evil growth is derived from Eve, who certainly did or thought something wicked beyond words.'" 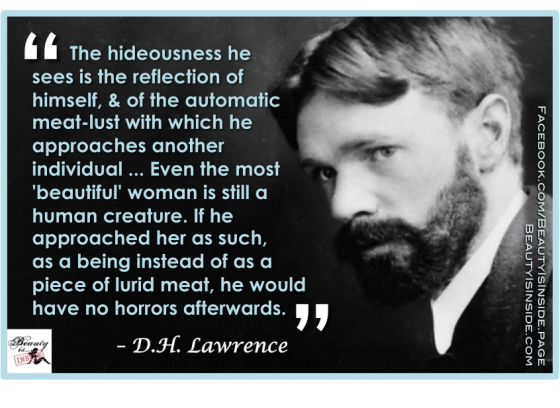