A significant aspect of a culture that condones rape is teaching women how to avoid being raped instead of teaching men not to rape. Rape prevention is treated as women’s responsibility, and we're taught early on about how to take precautions so that we can allegedly guard ourselves against it. Inevitably, discussions about sexual assault devolve into victim-blaming. What was she wearing? Why did she drink so much? Why did she go back to his place if she didn't want to have sex? The focus shifts to whether a woman acted or dressed in such a way that she provoked the man's lust (because boys will be boys, right?). Therefore, if a woman dresses provocatively, she's essentially provoking a man to take advantage of her -- she's "asking for it." Lieutenant Joe Kenda, retired police detective and host of the television documentary program, "Homicide Hunter," sheds some light on what really causes sexual assault. 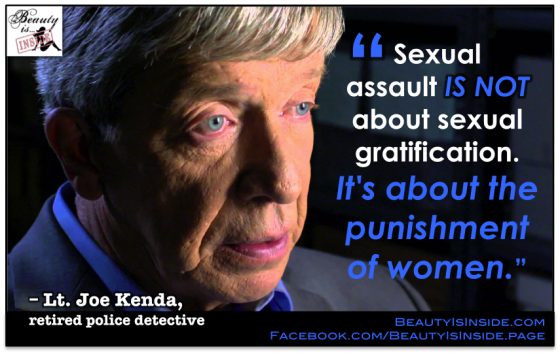