No matter how accomplished or how talented a woman is, her appearance is always treated as relevant. Here's one example. BBC tennis commentator, John Inverdale, had this to say about France's Marion Bartoli who just won Wimbledon's women's singles title: 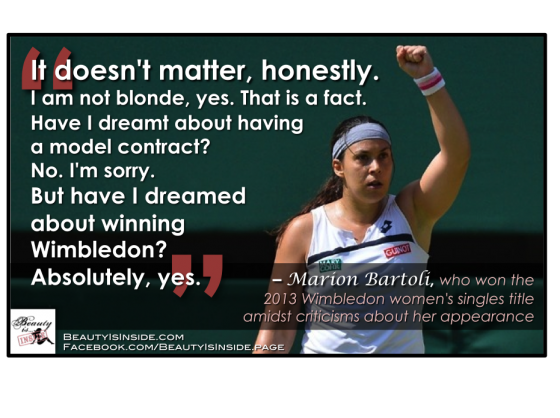