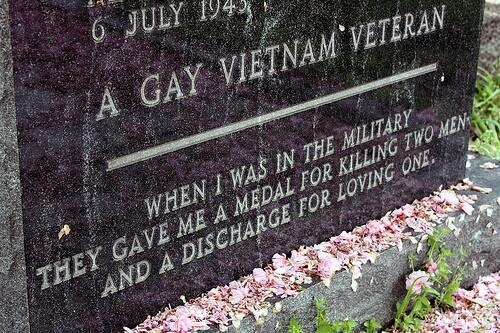 "Matlovich was the first gay service member to purposely out himself to the military to fight their ban on gays and perhaps the best-known gay man in America in the 1970s next to Harvey Milk. ... His tombstone, meant to be a memorial to all gay veterans, does not bear his name. It reads, 'When I was in the military, they gave me a medal for killing two men and a discharge for loving one.'"