People have been watching too many action movies. It's like they have some sort of hero fantasy that they're gonna be prepared at any time to dive down in slow-motion with guns blazing and be able to take down a psycho who's been preparing for months and is armed with an assault rifle and bullet-proof vest. Why the fuck do average citizens need military-style assault weapons? What are you preparing for? A huge influx of stampeding deer while you're hunting? The zombie apocalypse? Jesus Christ - these innocent victims aren't even buried yet, and everyone's screaming about having their precious weapons taken away. America, fuck yeah. :/ 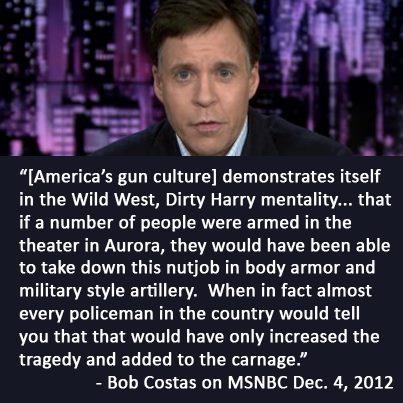