Example of men's sense of entitlement over women's bodies. Here's the underlying message: She's a tease, because men wanted to see her topless but she wouldn't do it. But as a woman, she's obligated to show men her breasts if they want her to. But haha - the joke's on her because they got their way after all, whether she was aware of it or not. (And before anyone says that she chose to wear a sheer top without a bra, I speak from personal experience that in certain lighting, black tops are sometimes more sheer than you'd think.) 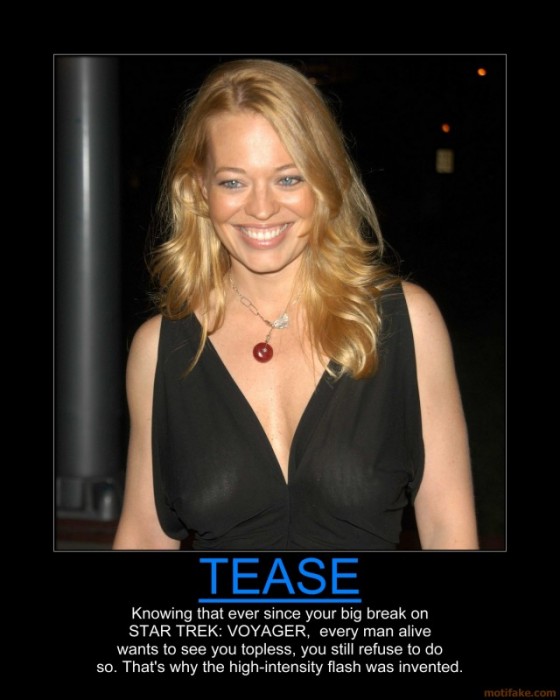