How Many Kids Will You Adopt? 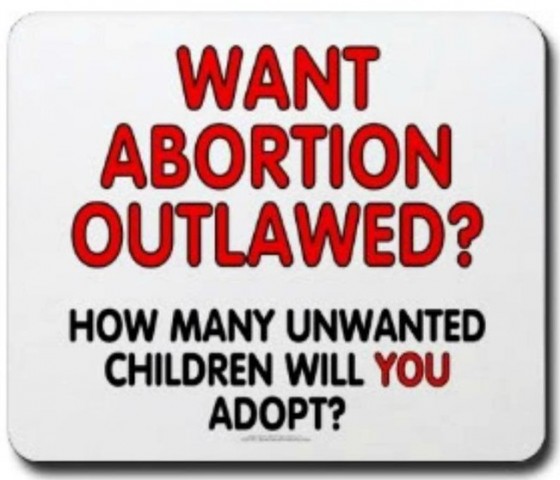 There are 400,000 children in the U.S. foster care system, 115,000-130,000 of whom are eligible to be adopted. With all the "pro-life" rhetoric we hear, where's the moral outrage about their lives? Many of these children aren't the "popular" kinds to adopt (i.e., healthy, white infants), but instead are older kids, or racial minorities, or they have disabilities or were victims of abuse.

Instead of protesting a woman's right to make decisions about her own body & her own life, instead of protesting outside of abortion clinics & treating women's personal healthcare decisions as if they're fair game for public scrutiny ... why don't those who claim to be "pro-life" direct all this energy onto making sure children who are already born get loving families? Why don't they adopt or foster children themselves (especially the harder-to-place kids)? Why don't they advocate for gay adoption? Why don't they stop supporting abstinence-only sex education (which has been proven to be highly ineffective) & minimize the number of unwanted children in the first place? Why don't they protest against legislation that cuts funding for food & services for poor children?

Because if you ignore all of the above & merely want to outlaw abortion, you're really not "pro-life" -- you're just pro-birth.