Can you spot the difference between these three photos? One of the things that indicates sexism is when women are treated in a way that reduces them to a superficial quality, such as treating women as sex objects. In these photos, "Ben Affleck and Channing Tatum sharing the 'man of the year' title and Rhianna [is] named 'obsession of the year.' Affleck and Tatum are fully dressed, while Rhianna just gets a leather jacket. Affleck and Tatum get closeups, while Rhianna gets a suggestive body shot." 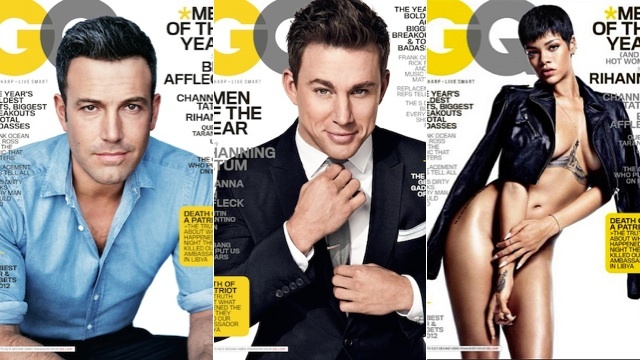 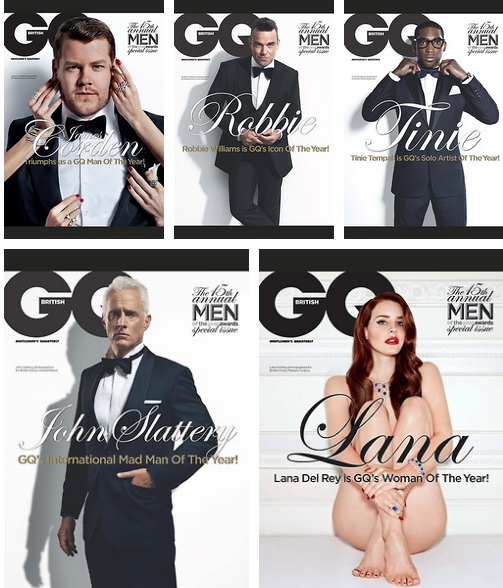 I'm noticing a trend here. Apparently, GQ doesn't think women are noteworthy unless they're undressed. You'd think that a magazine called Gentleman's Quarterly would behave in a more gentlemanly manner. But no.

Celebrities, Magazines, Power, Sexism
Not an Invitation
She Just Wanted to Learn