Believe in Equality?: “U will be burn in hell for that one”


Advocating for same-sex marriage may not initially seem related to the topics of body image and sexism, but it is. I created www.beautyisinside.com and the Beauty Is Inside Facebook and Twitter pages to encourage self-acceptance and to serve as a reminder that our value as human beings lies within, hence the name "Beauty Is Inside". My intent was to inspire people to be the best version of themselves, to question society's limiting messages, and to speak out against them. Each of us has the inherent right to live our lives free from oppression. We deserve dignity and autonomy over our own bodies, including the right to be treated as more than a collection of sexual body parts, the right to control our own bodies and reproductive choices, and the right for consenting adults to love whom we want to love. There is no moral justification that entitles anyone to deny a person of these basic human rights.

But it doesn't keep people from trying. Last Friday, a subscriber to the Beauty Is Inside Facebook page told me that I was going to "burn in hell" after I posted this image: 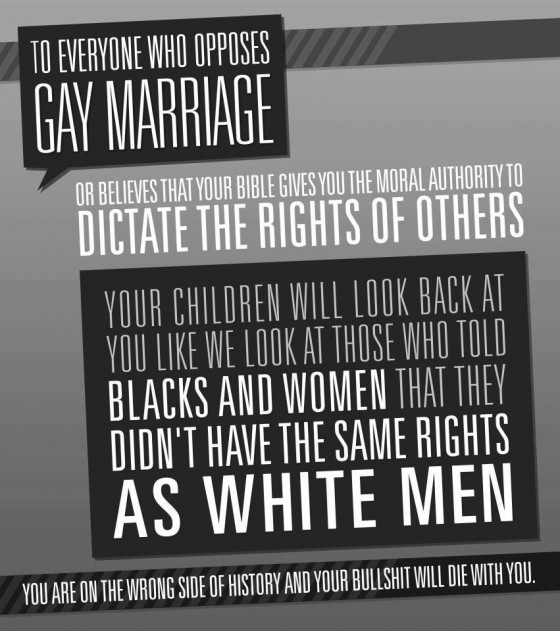 The person -- a woman -- left this comment (errors left intact):

"So basically your saying that the bible is wrong when it clearly states that Homosexuality is wrong and is a sin. U will be burn in hell for that one."

I'm always surprised when a minority member doesn't see the irony in denying other minorities of their rights. I'm also surprised that a person would condemn me to burn in the fires of hell for believing that people have the right to love who they want. I was not at all surprised by the poor spelling and grammar though.

This comment pissed me off -- not because I fear some fire-and-brimstone afterlife retribution for my evil liberal ways -- but because it's a reminder that some people have such judgment and hatred inside of them and they'll use their religion to justify it. (I don't believe in the concept of hell anyway, so ooh! What a burn!)

Opposing equal rights is a way for a person with a form of social privilege (e.g., being straight, male, white, etc.) to have power over those with less privilege. They selfishly believe that they're entitled to the good stuff, but others aren't. The opposition to marriage equality is no different, but there's the added element of homophobia, which often stems from a person's shameful feelings about gay sex, or just sex in general. We live in a culture that's afraid of, yet obsessed with sex. Just consider how the media treat women's bodies as sexually objectified parts, how the government holds politicized debates about women's rights over our own bodies, how far-right conservatives call women sluts for using birth control, how both conservatives and the porn industry fetishize virginity, and how legislators and voters oppose same-sex marriage because the idea of same-sex sex grosses them out (or even turns them on).

Both exploiting and controlling another person's sexual expression are two sides of the same coin -- it defines people by their sexuality. People are more than mere bodies, so it's dehumanizing to equate what we do with the parts between our legs with who we are as human beings.

I believe that people can be defined much more accurately by their hearts and their minds. If judgmental homophobes want to condemn me to hell for thinking that we all have the right to be loved and accepted, to be treated as equal under the law, and to be defined by more than our sexuality -- then so be it. At least I'll be in good company. 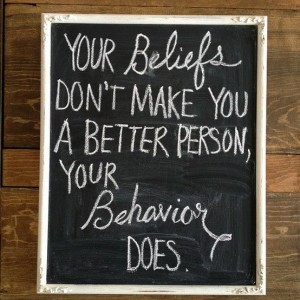