This Is Your Life


This past Christmas morning, 8-year-old Elijah anxiously waited for his mom to return from work so they could open presents together. Donna Fountain left for her job in Brooklyn at 7:30am. She was a single mother and her hard work as a home health care worker allowed her to provide for her son -- even if it meant she had to work on Christmas Day. But soon after leaving the house, Donna was struck and killed by a hit-and-run driver while crossing the street. Police found a folded and wrinkled slip of notebook paper on the 38-year-old woman's body. Donna carried it with her everywhere. On that piece of paper, Donna had written out five life goals that she had hoped to accomplish. She titled this list "My Dreams":

A careless and heartless driver stole Donna's chance to see these dreams materialize. They remain immortalized in pencil on a crumpled slip of paper. Many of us have similar lists of our own, either written down or simply living in our heads. We postpone them, assuming we have plenty of time left. But this isn't always true.

As New Year's Day approaches and we start compiling our lists of resolutions (which are generally just variations on last year's), maybe we should think twice about our dreams for the year. Instead of the typical "lose weight," why not strive for more meaningful pursuits? Why not let Donna's dreams inspire us to live our own? Why not resolve to be the best version of ourselves? To really LIVE? And then to drag the words off the paper and turn them into action?

Note that nowhere on Donna's list of dreams was "Lose 20 pounds." 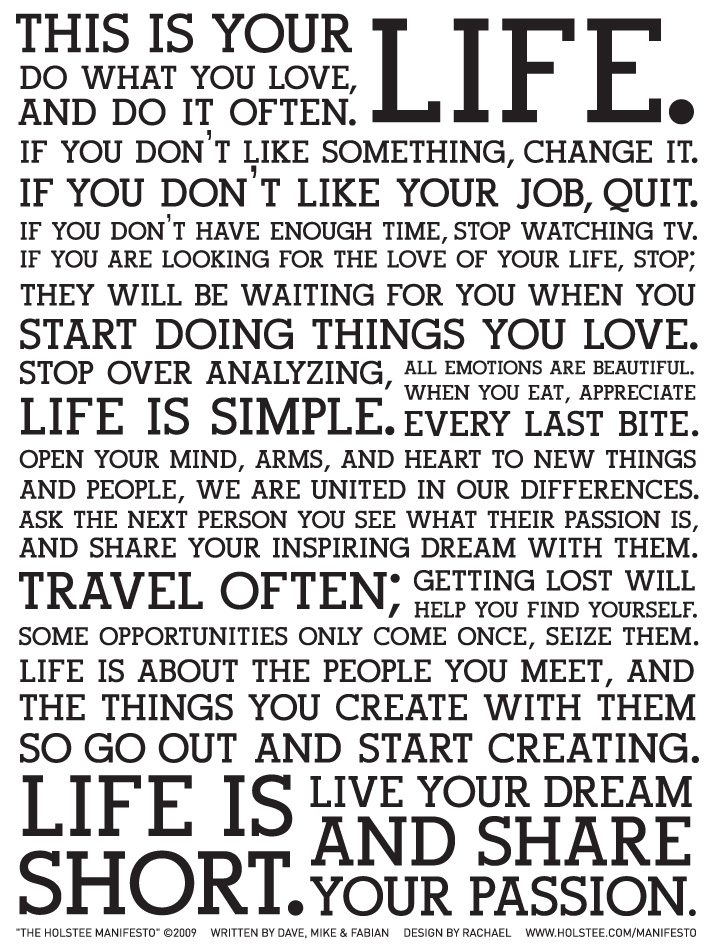 Source for this poster