I found this stylish top in the Junior's section. Now why would a girl want to wear something like this? To display how competitive and untrustworthy she is? Or just to be mean and bitchy? 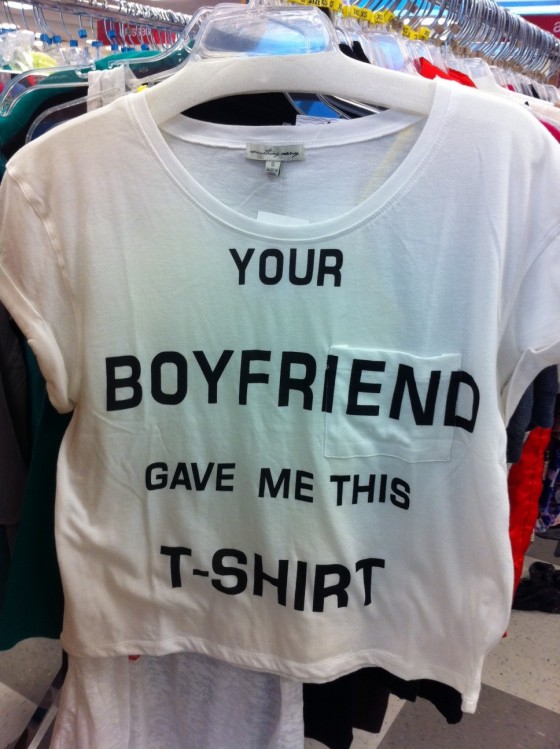 Pop culture seems to treat petty competitiveness and insults as part of being female. The idiotic t-shirts, the man-stealing songs, the catty reality show contestants, the magazine articles about "What Makes Men Cheat?" -- they all regularly remind us that other women are threats. Until she proves she's our BFF, she's the enemy or worse -- the frenemy -- so we'd better watch our backs.